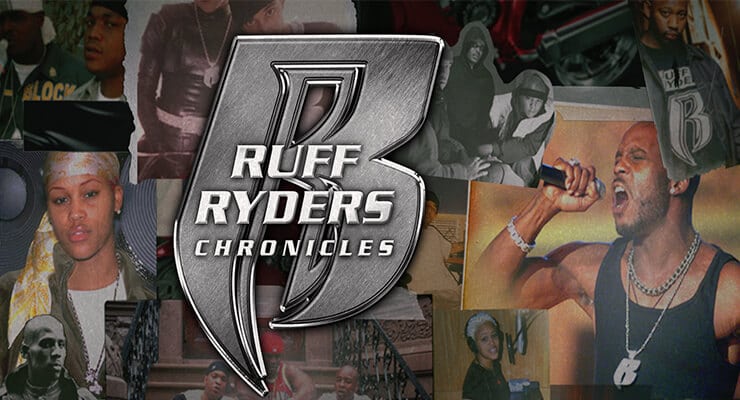 If you have not been watching the Ruff Ryder Chronicles on BET this #MightNotMeanNothinToYallBut source magazine legend Benzino took to his social media to set the record straight about the ins and outs of the situation that lead to a massive may-lay between the two crews.

The show details a story that indicated that the made men had rushed the fleet center searching for DMX.  They go on to say that the made men were upset about DMX allegedly taking off with one of their women and they had come to retrieve her from X tour bus.

They go on to say a fight ensued where knives were pulled out and the lox participated in a bloody fight between the two crews.  The lox have spoken to this situation as well during interviews admitting that they were out numbered and styles was left bloody.

Benzino tells another story however, he claims that they did not know what was going on fully they were just trying to get to the bottom of the situation.  They were getting some mixed story about their friend raping DMX cousin.

The Boston rapper claims that his friend ended up having sex with a woman that was later identified as DMX woman and because of that def jam kicked him off the bus.

Their friend indicated that only connection to his knowledge that this woman had to X was her having a room key that belonged to him.

Zino also claims at this show they did not have any weapons on them and basically calling the LOX and the rest of the ruff ryders liars because of their version of the story.  Check out Zino version here

Zino denies ever fighting with x over any woman and maintains it was his friend that actually had sex with the woman.  He also claims they did not show up with a whole team of people rather just four of them.  Eventually the space gets crowded and both crews all come out.  Someone from zino side threw a plastic water bottle and then the lox side started throwing punches.

People were stabbed prior to the police coming spraying mace and breaking it up.  Zino also claims that he and DMX actually sat down to squash it.

The Lox Talk About Their Fight With Benzino

Anytime Benzino name is mentioned people clown him like he was not running around with Boston gangstas. It #MightNotMeanNothingToYallbut the story you may have heard on the #RuffRydersChronicles is super facts. Benzino and his crew rushed the Ruff Ryders backstage during the Cash Money Roc A Fella tour because a woman that belonged to zino was seen leaving with a man that looked like DMX Styles P admits that they were slightly out numbered and the men were getting the best of them however it is a known fact that the ruff ryders all carry knives or as jada calls them "Hawks" several men were stabbed several shows were canceled this was one of those moments when the music and the lifestyle matched.